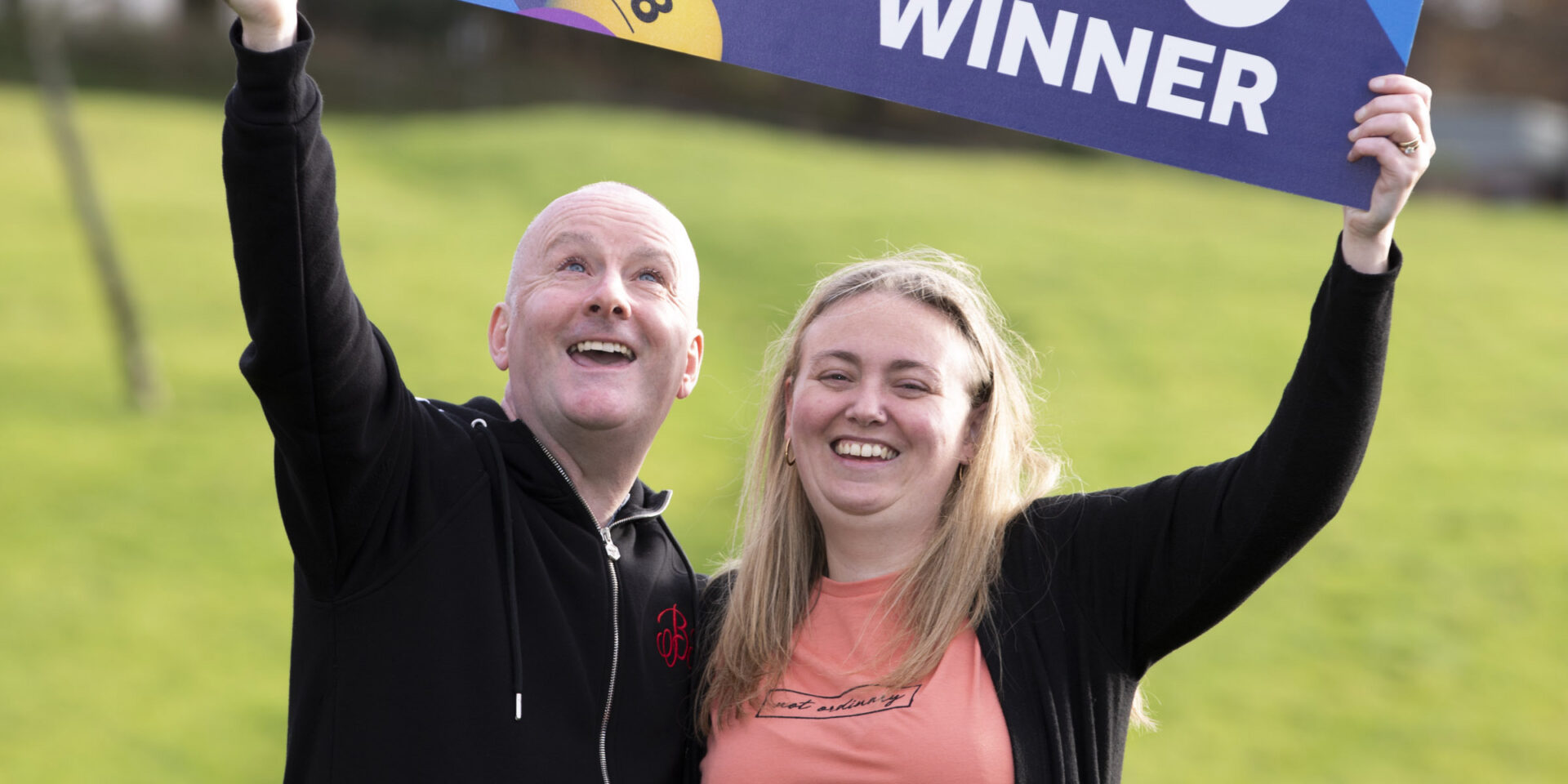 The heartwarming call gives a sneak peek into how Sandra responded in the moments after finding out she had won big, after not realising just how much she had won. Her initial response to the news was shock, before she and husband Martin started jumping around their living room.

You can listen to her call here.

Top of the list is jumping up and down, with over a third of people surveyed (35%) saying this would probably be their initial reaction. The study goes on to reveal that players would likely kiss their partner next (34%) before screaming at the top of their lungs (33%) or bursting into tears (32%).

“To win on Martin’s birthday was the cherry on top of the cake, it was the best present ever! At first, he didn’t believe me, then he started cheering. We just couldn’t believe it - it was surreal!”

Having paid out almost £3BN in major prizes, Camelot’s Andy Carter, Senior Winners Advisor at The National Lottery, has seen every reaction possible. Andy said: “Unsurprisingly, we get to see a lot of happy people in our job but their reactions certainly differ. Some people feel sick, some people jump up and down, some people are having a party when we arrive, others haven't told a single soul - I've even had people fainting!

“I’ve been there with winners when they reveal to family and friends that they’ve won. That's lovely as it’s a very private moment for them and you can see the genuine shock and delight on people’s faces.

“Winners tell me their emotions aren’t anything like they thought - I suppose you never know how you will react until you have to make that amazing call to Camelot. And who knows, the massive EuroMillions jackpot of £107M this Friday could provoke even more extreme emotions if a UK player were to win!”

The nationwide poll of over 500 people across Scotland revealed that the public would choose to share their good fortune, with a call to Mum (31%) and telling the kids (21%) being among the first things many of us would do if our numbers came in. And that’s before running around the house (30%), having a celebratory boogie (23%) or booking a holiday to celebrate (24%).

However, it seems there are some who would fail to get carried away - believing that they’d be so shocked they would simply sit in silence while they let the good news sink in (19%).

By playing any National Lottery game, players generate an average of £36M each week for National Lottery-funded projects. This money helps support everything from the local charity making a difference where you live through to helping our nation’s athletes win Olympic and Paralympic gold medals. To date, over £43BN has been raised and distributed to National Lottery Good Causes through more than 635,000 individual grants.

Thanks to National Lottery players, over £1.2BN is being used by charities and organisations affected by the impact of the coronavirus outbreak, which includes over £600M in funding support from the National Lottery Community Fund which is being used to help groups best placed to support people and communities through the crisis.